This is my first tablet computer. After using it for a few days. It’s amazing. I haven’t been this excited about an Apple product since I got my first Mac.

I haven’t even hardly touched my Mac desktop or Windows Laptop. I’ll probably just use it to write code as coding on the iPad is nearly impossible for me. So I don’t think tablets and smartphones will replace computers that run a desktop OS like Mac OS X Lion or Windows 7. The iPad is great for consuming content and playing. I have done some writing on it. Took me awhile to get used to it. I was already used to using the really small iPod touch keyboard before.

I also got a smart cover and it’s crap! I likes to fall and I already made a little tiny ding on the bezel. I’m planning to get the iPad 2 Dock soon since It’s plastic and should hold up better than the smart cover I’m hoping for typing with the Apple wireless keyboard. Also got the Camera Connection Kit for using my digital camera SD card in the iPad.

So this is kinda short review. My top 10 favorite third-party apps are(in no particular order): 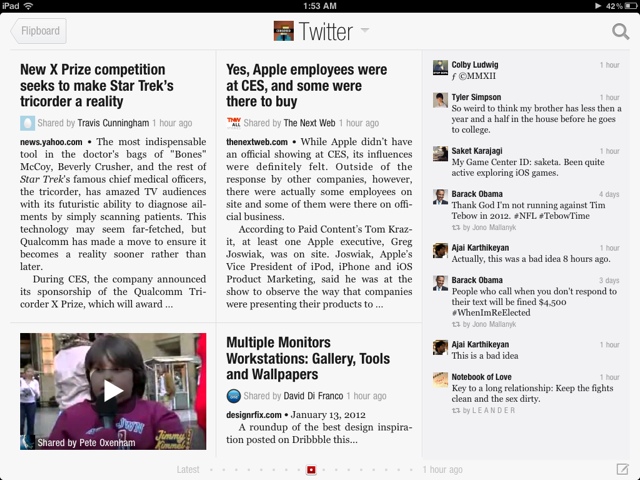 Flipboard creates a personalized magazine just for you based on what people shared on Twitter, Facebook, etc. I find myself reading more news lately using this app. 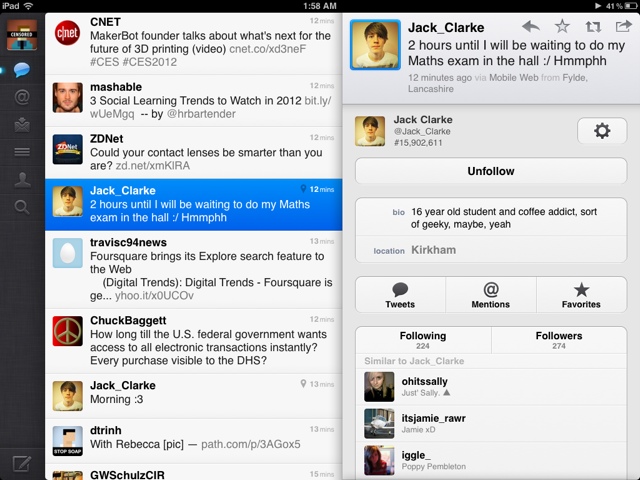 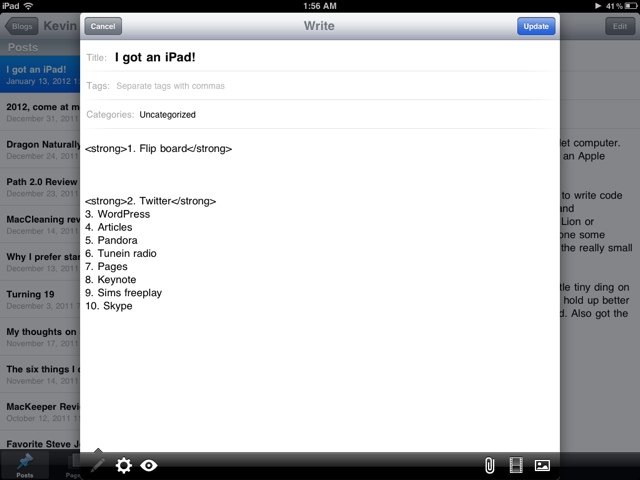 Well this isn’t the best app. It has room for improvements like a WYSIWYG. I was hoping it would be more of the WordPress dashboard but native. I think it’s a good start on an iPad app for WordPress. 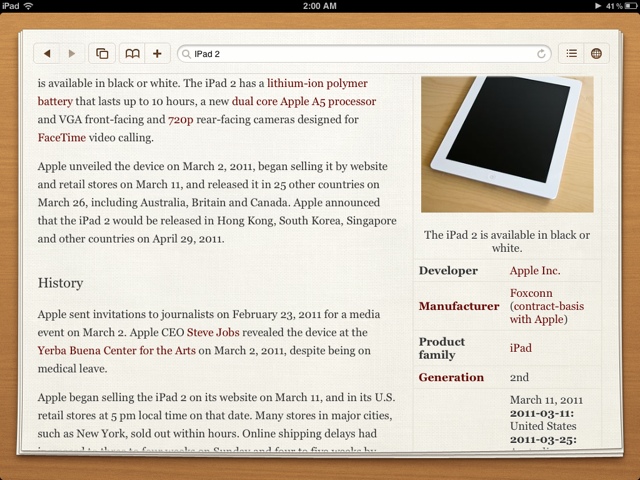 Articles is a native Wikipedia app. It lets you see a map with pins of articles of near by people. You can bookmark articles. It also has a “Surprise Me!” feature which loads a random Wikipedia article. 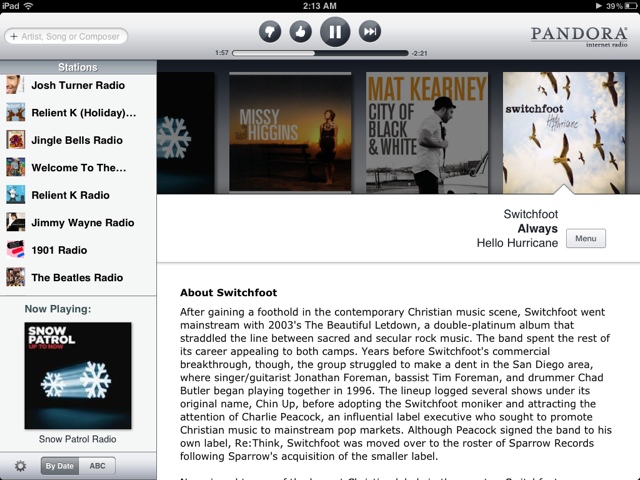 Pandora is the same service as on the desktop just as a slick sexy tablet interface! I love Pandora. It allows you to create personal radio stations and you vote up and down so it learns what you like. Great for just laying back and listening to music. Also great for discovering new tunes to buy on iTunes! 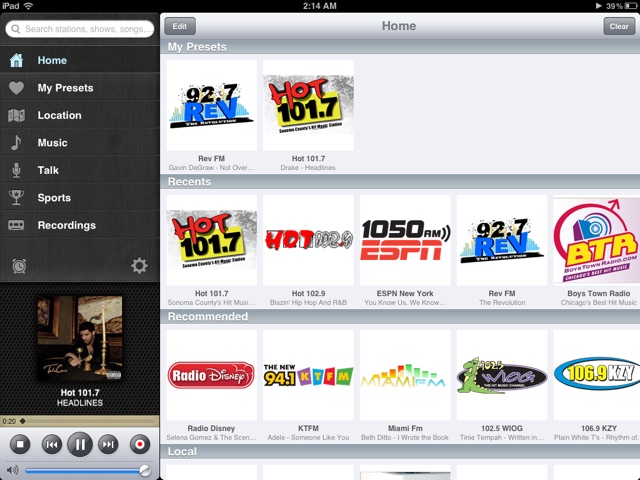 TuneIn Radio Pro is another music app I use. My favorite feature is selecting a location and listening to stations in that area. For example I can listen to radio stations in San Francisco, London, just about anywhere while I’m in Ohio. 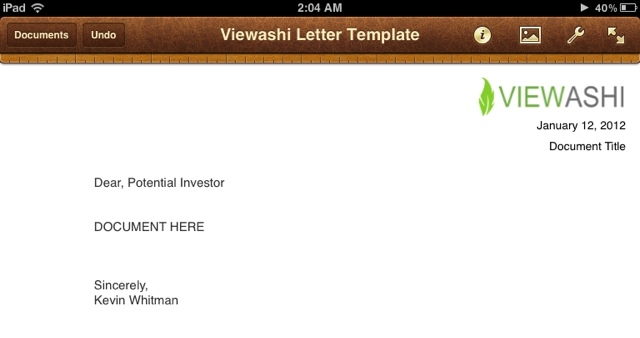 Pages allows you to create documents and export to Word or even PDF! I love how in both Pages and Keynote how it has guides so everything will be aligned up perfectly. 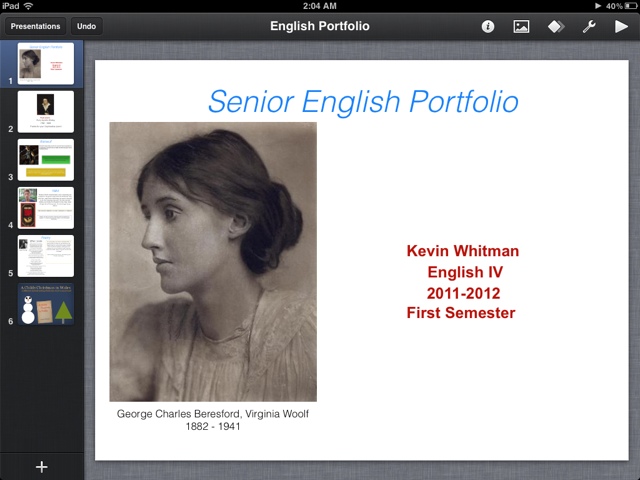 Keynote is nice to create presentations with and used it for my final English project. I think it has room for improvement. 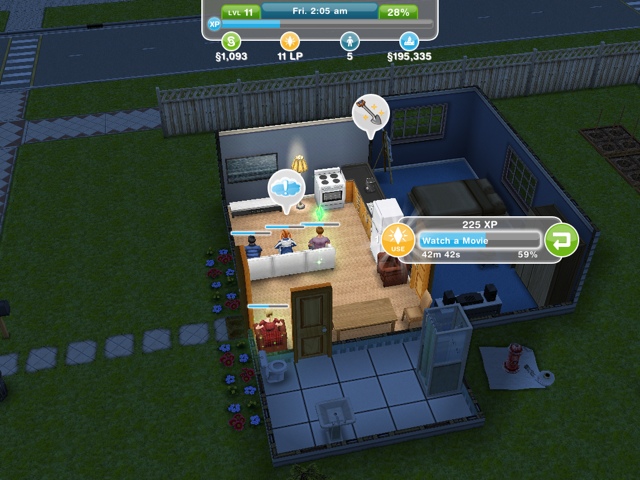 The Sims has is one of my favorites games by Electronic Arts! I had this for my iPod Touch before but it was slow and small, but on the iPad it’s fast, prefect and enjoyable! 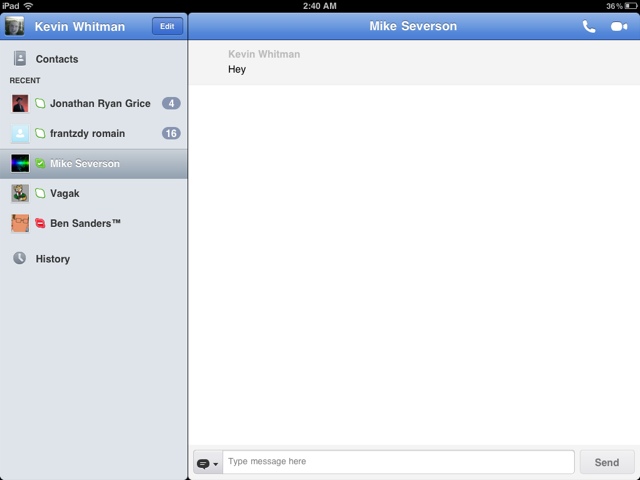 Skype for iPad is one of my favorite VoIP apps! It also allows to me text message people while listening to Music. On the iPod Touch it shuts off the music right away even if you aren’t in a call. Last time I check it hasn’t been fixed. Seems like a bug.

The battery life on the iPad seems awesome. It seems like it takes a few hours to charge but it will last all day for me. I just plug it in at night, unplug in the morning and it lasts all day. I decided i wanted a iPad over a Kindle because the iPad is more of a computer than the Kindle is. I read mostly web pages and articles on my iPad. I looked at iBooks and not really sure I like it than again I’m not really that type of person who would read a whole long book.

Calculator Pro for iPad seems like a great calculator app and I like it. I haven’t really looked for a weather app but doubt that will be hard to find. I can’t really find a good clock app that has all the features as the iPod and iPhone one. I like setting my self little 5 minutes timers and stuff like that when working or waiting on something. If you recommend a great whether or clock app for the iPad please let me know in the comments.

Another thing I didn’t like is some apps make a iPod/iPhone version and then separate version for a iPad app, so you have to buy it twice. Some free apps even did this which made me mad. Had to delete the iPod version and download the iPad version. I think Apple should ban this practice since Apple have universal app technology and from my understanding it’s only really different interface files.

Overall I really love and enjoy the iPad. Hard to believe only two years we laughed at this device.