When I was younger and uneducated I believed in god because my mom did and she called her self a christian but we never went to church. Back then I thought going to church would be cool but my step dad was like church is just about money and crap. I thought he was crazy, but he said believing in god is all that matters no church needed. Plus you shall not kill or steal. I would pray sometimes at night before but I never really made it in to a habit. Most of the times I would ask god for a new toy. I thought of him like some magical creature. None of the toys I asked for magically showed up when I woke up. I put god and santa in the same category. I kind of started disbelieving in him but other people told me I was doing it wrong, you don’t ask him for stuff. Plus family told me he’s real because he’s the only reason this earth and I exists.

Eighth grade science got me thinking and I learnt interesting things like asexual organisms and evolution. Evolution is something I don’t understand fully and I don’t think I came from a monkey or ape because I never heard of a monkey having a human baby, but then again dogs have 2 eyes and 2 ears and a nose. So do I. Plus selective breeding shows evolution in a way. Also evolution might be taught one way in Ohio and another way in California. Knowing where you come from can be interesting, but not sure how it has any real value. Will it cure cancer if we find out where we came from? I doubt it and think you should pick something better to do research on. I accept that I’m here on this earth and should make something out of my limited time. Like maybe write an awesome blog post to leave behind and build a neat tech start-up my great grandchildren will laugh at for being so primitive compared to what they have in their time, but in my time it will be leading edge.

Greek mythology uses Hyades to explain why we have rain. Egyptian Gods have Hathor to explain love and joy. At lunch in elementary in about third grade with other class mates I said “Jesus Christ is awesome” some girl told on me and I got my recess taken away for that day. The playground attendant said that it is a swear word and you’re not allowed to say his name in school. So I had to stand by the wall affront of the doors for recess. Yet some girl was writing a story with a egyptian god in english class in sixth grade got away with it. I really have no clue how I did wrong even at this day. Religion and government are supposed to be separated. So how was she allowed to put her religion on me? The school is right next to a church also. I think she was just a corrupt “teacher”.

I don’t want to label my self as an atheist or a christian yet, nor does any law say I have to label myself. I think I would pick atheist or Agnostic. I don’t see a god but I don’t see air but air is very real. So maybe there could be a god and I don’t know it. So i don’t really know if he is here or not, so I don’t want to judge if he is or not. I’m afraid of being wrong and going to this hell people talk about. People also fight over religion and its very hard to tell who’s right. They all believe they are right. I do think some of the principles in religion are great. Like don’t steal, don’t kill as it hurts other. I do disagree with not being allowed to be gay. How does having two men that love each other hurt anybody? I think god pushes away gay people. Also if god loves me, why would he torture me forever in hell? I think Richard Coughlan explains this really good.

I also wonder what happens when you die. Do you just die and get put in a box six feet in the ground and your done? Do you go to heaven? I don’t know that answer but i will end up dying some day so i guess i will just have to wait. Till then I’m going to live life doing what i think is right. If I somehow I see god, then we can be all buddy buddy maybe. We would have to talk about somethings first. I don’t think i should have to blindly follow something or be threatened. If you told me you were going to hurt me if I didn’t buy your used microwave, I would freak out and call the police or hurt you before I get hurt. I doubt you would get away with it, why should religion get away with it?

Some people join religions to be part of something bigger, and the internet is bigger then me and I’m in love with it. So maybe the internet is my religion. I get my culture from it, I ask it questions, i talk to it and can be the only topic I want to talk about. Family and friends says I talk about computers way to much, well really religious people will want to talk about god all the time. So maybe I do have a religion, but most people don’t think about it that way.

People can do good without god. Some of the richest people in the world do good. 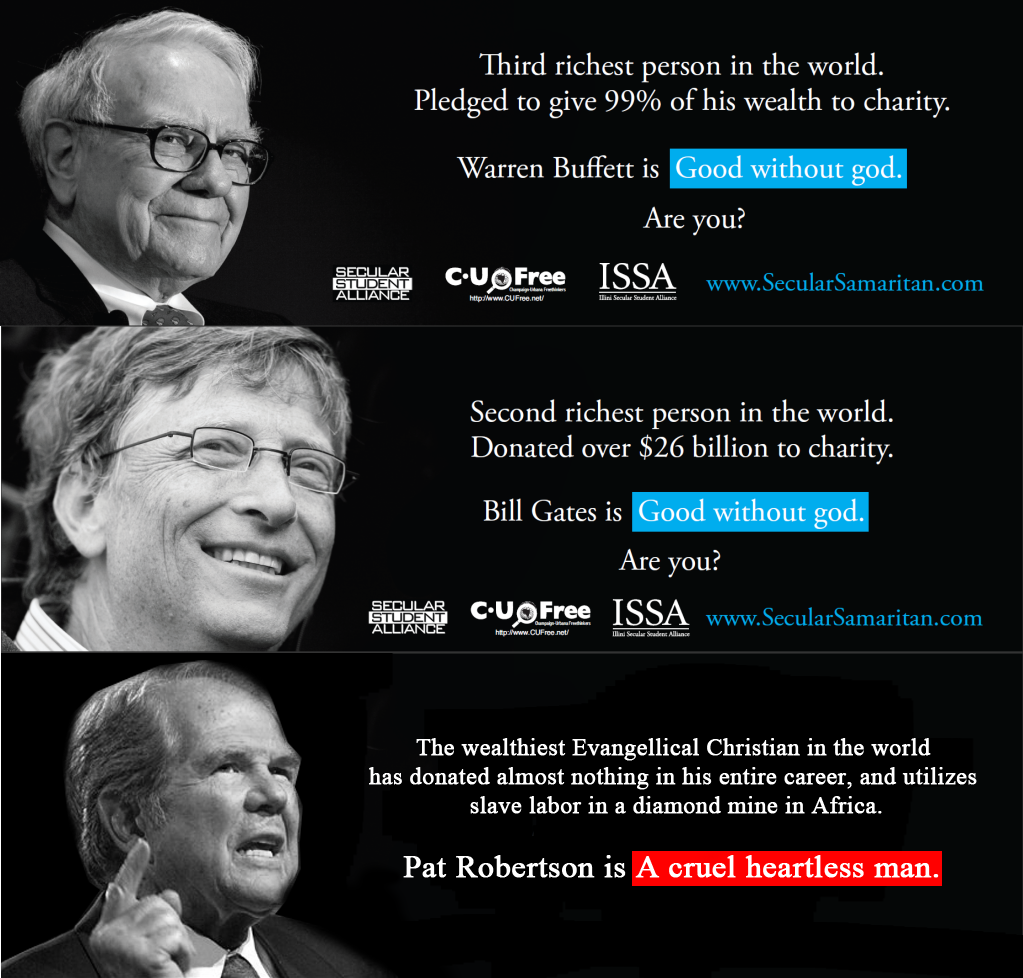 I also agree with Buddhists about we all being gods. In conclusion I kind of pick parts of religions and beliefs and do what I think is correct. Kind of like a custom religion in a way. I don’t think I need a religion to tell me how to live my life. I think that’s something I can decide on my own. I’m still open minded about it so I’m not going to reject god but I’m not going to accept him at the same time, for now at least. Also as i get older my views on things change sometimes.

Categories: About me, My Opinion, Thoughts on

Tags: about me, religion, Thoughts, Thoughts on

Thoughts on online dating » « 5 WordPress Plugins I use