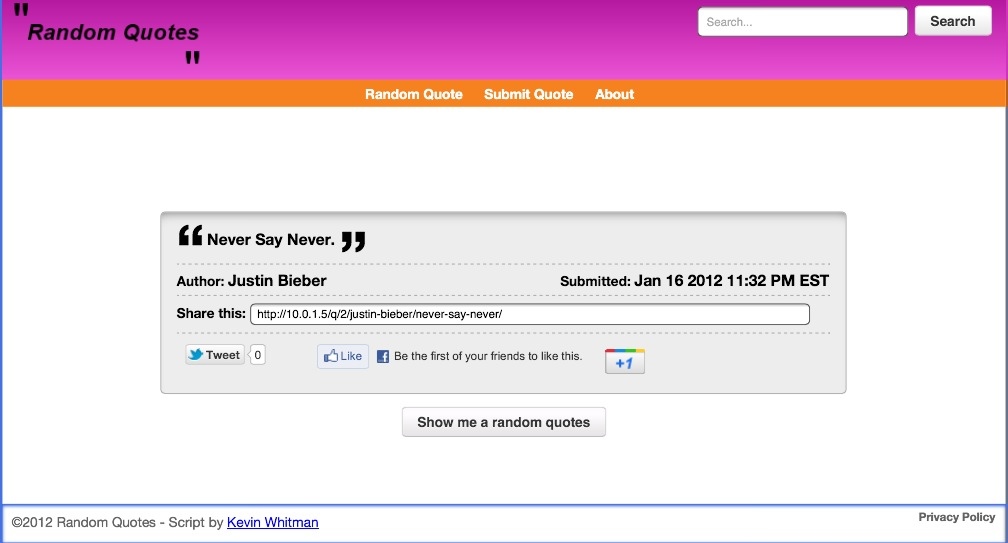 So since the idea seemed simple I wrote the script on and off about 3 days. I normally don’t work on scripts for other things because I really need to focus on Viewashi. We also decided to open source it. Great way to show my coding skills to others. On the user interface I used some tables and inline styles just as I was rushing and I hate coding user interfaces.

I put the script under a modified BSD license instead of the GPL. I like to call the GPL “The communist license” because the source code must always be open source and if you use even a line or a few of GPL code in a non GPL project then your whole project becomes “GPL Contaminated” meaning the whole project becomes GPL. I’m not a lawyer but this is my understanding. So thinking some people might want to use some of the code in a closed source application or maybe they will want to keep it open.  The GPL isn’t really total freedom for that reason and  I want to allow both.  No matter what the original code stays open. So this is why I picked BSD over GPL.

Anyways, enough ranting about the GPL! Let’s show you the site.

This is a fresh install with no quotes added.

This is where users can submit new quotes.

This is the login screen for the admin area. It's very simple. 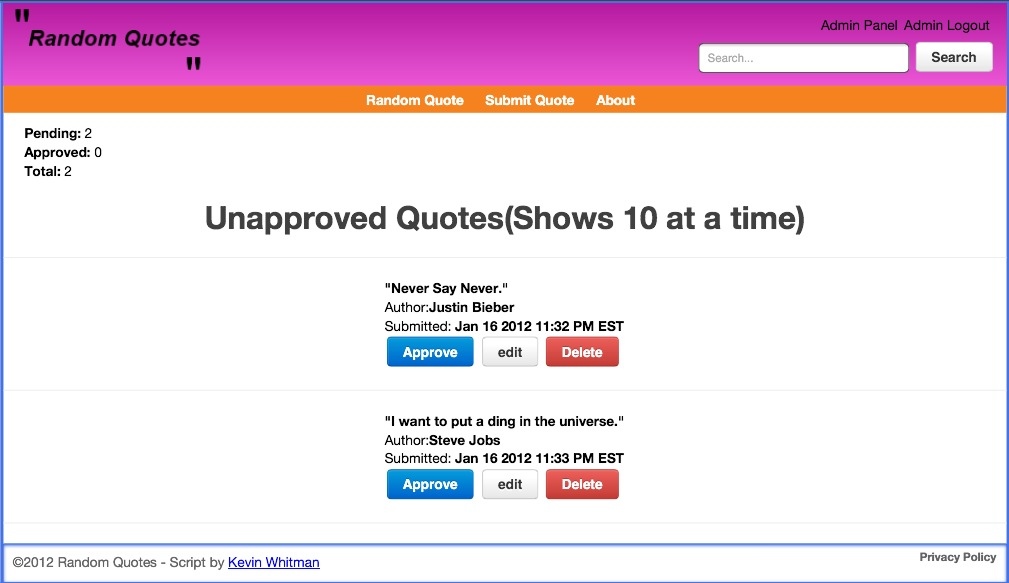 Here is a simple admin page where you can approve quotes.

Maybe you see a misspelling in a quote, instead of deleting it you can improve it if you like.

If logged in as an admin, you can click on the "Edit" button when viewing a quote to get to the "Quote Editor"

So yeah. That’s basically the site. I tried to make it very simple to use and I think I did a great job at that. I hope this will help others. Might even be useful for others to learn from. You can check it out on GitHub. Sadly the person didn’t end up using this script or any other script due to finding out they had a misspelling in the domain name.