MacCleaning by EaseUS is a powerful menu bar utility. It monitors your disk space in realtime and warns you when it’s below a certain percent which is set by you. It also cleans up system junk to reclaim disk space. Also you can view all your drives and disk space usage. You can safely eject removable media. This app is under 3 megabytes but it’s a nice, simple and powerful application! 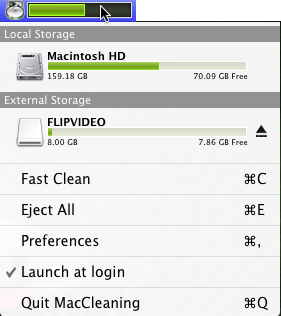 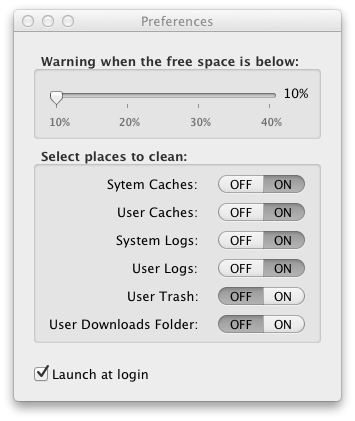 MacCleaning comes in both Free and Pro. Below is a chart comparing the two versions. I really like this app! I don’t think any of the other apps I reviewed in the past had a monitor on diskspace or looked that sexy in the menu!

The pro version is $9.99 but since Christmas is coming up EaseUS and me teamed up to give away 15 copies of the pro version!

The giveaway is now over. Thanks to everyone who entered.