iOS 4 is Apple’s Mobile operating system System for iPhone, iPod Touch and iPad. Apple renamed it to iOS, It was iPhone OS but it does not just run on iPhone so the new name is better suited i would say.
Two features that i really like is Folders and Multitasking. One downside is not all hardware is supported, and some is supported to run it but not multitasking and wallpaper. 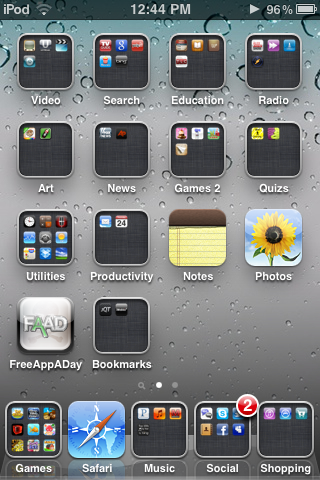 As you seen on my Home Screen the App Icons with App icons in the Icon is a folder. You can create a folder by holding down on the icons like what you do to get the delete icon button. Then you drag the App on top of another then it picks a name based on the Type of Apps and you can edit this. 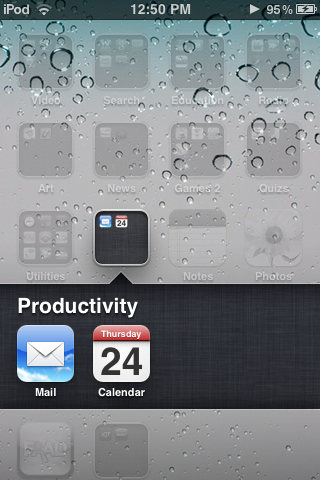 You tap on one of the Icons to view the folder. 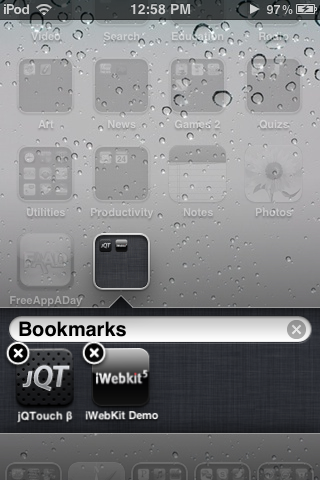 To Edit the Folder hold down on an icon in the folder. Then you can drag the icon on to your Home Screen to take it out of the folder. You can tap the X to delete the App. You can also Rename the folder.

I think the way Apple did Multitasking is an innovation. Other Phones will run the whole App process in the background. iOS 4 runs only the part of the process that needed at the time using the multitasking API’s that developer has to add to use Multitasking . Like For Example Pandora can use the iPod Control API so only the part needed for Music is running. Also Apps can use an API that saves the state of the App on the disk, not in ram. 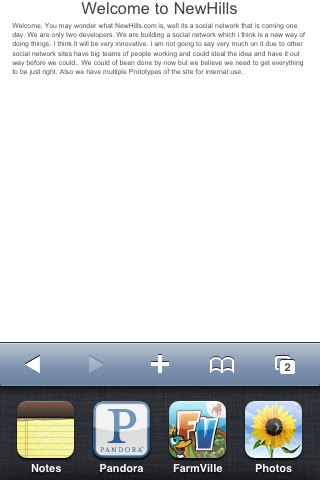 If you press the Home Button Twice you will get this Multitasking Bar(Not sure if that what Apple Calls it but i call it that). You can scroll all the way to the left to get iPod Controls or to the right to see more opened apps if any. Form my understanding this is the recent opened Apps. 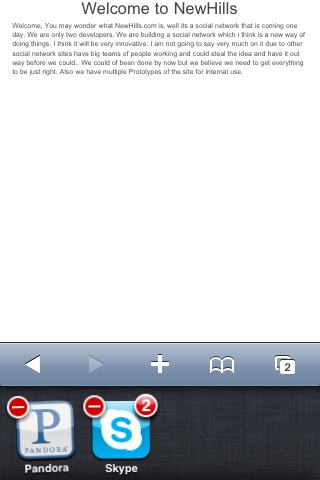 If you hold down on the icons on the multitasking bar you can press the red – button to close them. 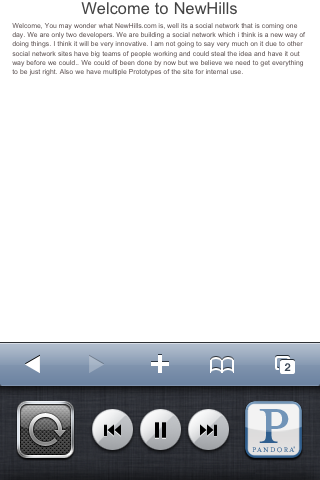 If you slide to the left you will get iPod Controls. I can Stop and go to the next song on Pandora with this. The button on the far left is an orientation lock. On the far right is the icon of the App using the iPod Controls.

iOS is free, Just plug-in to iTunes and check for an update if you have iPod Touch or iPhone 4. iPad i don’t think iOS 4 is out for yet.